"There is nothing Chinese auto brands can do to gain opportunities except going global." — Wei Jianjun, Chairman of Great Wall Motors.

"There is nothing Chinese auto brands can do to gain opportunities except going global." — Wei Jianjun, Chairman of Great Wall Motors.

Faced with increasingly fierce domestic market competition, Great Wall Motors knows that globalization is a must for Chinese auto brands. HAVAL took the lead and initiative to go global and has made great achievements worldwide. As a leader in the battle of globalization, the H’AVAL Tula Factory in Russia was completed and went into operation in 2019. Then the global models F7 and F7x entered into the market. The number of networks was doubled, and after-sales service continued to improve with all-round concerted efforts. At the end of the year, the sales totaled 12,442 automobiles, with a year-on-year increase of 289%, which proved the success of HAVAL globalization!

Deeply Rooted in Domestic Market and Trusted by Customers

To gain a place in the overseas market, Chinese brands must respond quickly to market demands and tailor localized products for customers. Great Wall Motors took the lead in the layout and actively implemented the "belt and road initiative" policy. In June 2019, the first overseas factory with four major technologies for automobile manufacturing was officially completed in Tula, Russia after five years of construction, marking the start of the HAVAL "Globalization 3.0".

Upon completion of the factory, HAVAL F7 Tula, the first global car, came off the production line. With a far superior intelligent safety configuration and its mature and leading gold power assembly, it was rapidly gaining popularity among young customers in the Russian market.

What's more, as the first Chinese automobile brand to invest and build a factory in Russia, HAVAL has created over 4,000 jobs locally, which stimulated the local economy, brought itself closer to the local customers immediately, and made HAVAL a quick appeal to the local people. Therefore, since its launch in Russia only 7 months ago, the sales volume of HAVAL F7 has exceeded 3,259, accounting for 26% of the total.

Except for local production, HAVAL's showrooms in Russia are growing rapidly with HAVAL's aggressive network development strategy on the one hand and the enthusiasm of dealers to join HAVAL on the other. Currently, the No. of HAVAL dealers has increased from 35 in 2018 to 79 in 2019, covering 61 cities in Russia, including Moscow, St. Petersburg, Yekaterinburg, Tyumen and Perm. Among the 44 new dealers, 77% are large automobile dealer groups, such as Major Group, Auto Mir, TTC and numerous other high-quality dealer groups. 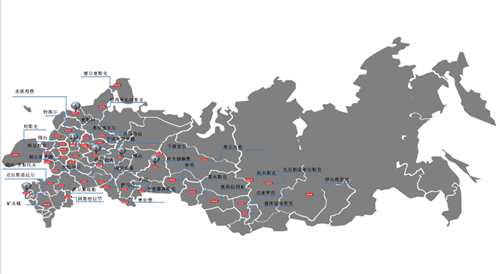 With the outstanding performance in China and the world, HAVAL became a natural favorite of Russian people as the Russian nation has a personality gene that worships heroes and strives for success. For this reason, HAVAL has built a series of "hero" alliances by means of mature IP resources in the local promotion, such as sponsoring sports champions and leading scientific and technological enterprises.

In November, the marketing of "high energy hero" HAVAL F7x witnessed a smooth success on the perfect occasion of Russia's top sports award ceremony with numerous sports stars showing up for promotion, which is unprecedented for HAVAL to promote automobiles on a sports event. HAVAL also took the sports undertakings to have sponsored Yana, a famous fencing Olympic champion, and donated an F7x to the Football Country Foundation, winning unanimous praise from the Russian people.

Besides, HAVAL has taken the initiative to build a cooperative relationship with Xiaomi, which is in a good development momentum in Russia, and has launched multiple online and offline co-operations. By supporting the Koi Activity in the Xiaomi back-to-school season and the "Young Sage Scheme", HAVAL has constructed its first overseas alliance with a completely different industry and deepened the intelligent image of HAVAL brand.

In the end, with the overall Russian market depressed and Ford forced to withdraw, the sales of HAVAL rose from less than 400 in January to more than 2,000 in December, making it the most popular brand in the Russian market. The total sales of the year were 12,442, with a year-on-year growth 289%, creating a growth miracle in the Russian automobile market!

The year 2019 is already a history. In the new year, Russia HAVAL will forge ahead with determination and steadiness, deepen the market with higher and stricter standards, continue to build a HAVAL brand with smart technology and customer satisfaction, and accelerate HAVAL's globalization dream!