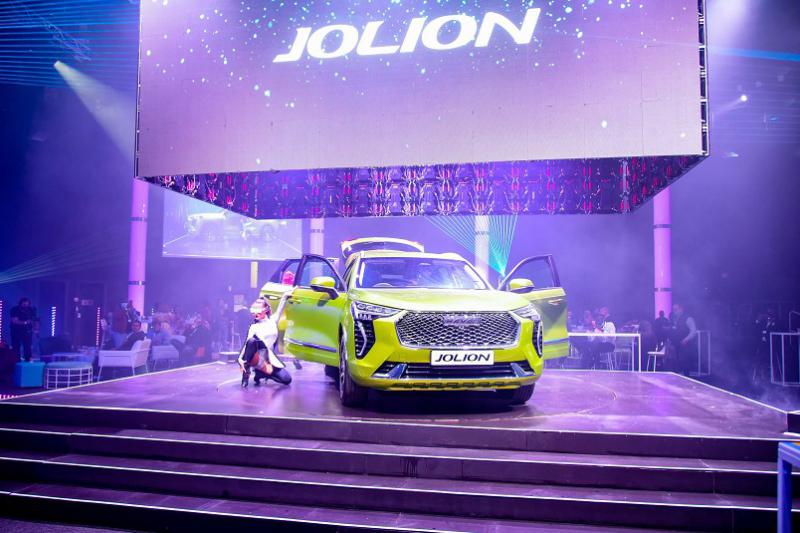 In August, the retail volume (1921 units) of GWM in South Africa hit a record high, achieving a 24% growth from the previous month and a 161% year-on-year.

In August, the retail volume (1921 units) of GWM in South Africa hit a record high, achieving a 24% growth from the previous month and a 161% year-on-year. However, facing the competition of strong brands, GWM continued to gain momentum in South African market. From January to August, a total of 12,000 vehicles were sold, accounting for 7.9% of the total 380,000 units of South African market. GWM has ranked seventh in the market for three consecutive months since May.

In the third quarter, in order to bear the brunt of the epidemic and riots, GWM steadily advanced globalization and stepped up the layout of new products. In the second quarter, HAVAL JOLION and the 3rd Gen HAVAL H6 were launched. It realized rapid iteration at a speed far beyond that of competing products, and quickly seized the opportunity to win more market share with outstanding intelligent technology.

In April 2021, HAVAL JOLION was launched in South Africa. With stunning appearance and precise positioning, it widely recognized by the young users and soon took the lead. In the first month of launching, GWM won the first place in the small SUV market segment. In June of the same year, the 3rd Gen HAVAL H6 was launched, being reported by all mainstream media platforms. The 3rd Gen HAVAL H6 caters to the characteristics of South Africans who are family-oriented and love outdoor travel. As a smart home SUV that meets the needs of family travel, it has been ranked among the top three in the compact SUV segment since its debut.

In June, 2021, GWM announced in the 2025 strategic release meeting and the opening ceremony of the 8th Science and Technology Festival that due to its long-term investment in research and development, it has mastered strong capability of integrating the industrial chains, core technical strength and coordination of management and material conditions. The fastest development cycle of a brand-new product can be controlled in about 11 months, more than twice faster than that of most brands. Thanks to the strong hard power, since the GWM POER were launched in December last year, GWM intensively launched its new products at the intervals about 3-4 months, including HAVAL JOLION and the 3rd Gen HAVAL H6, thus upgraded its products. 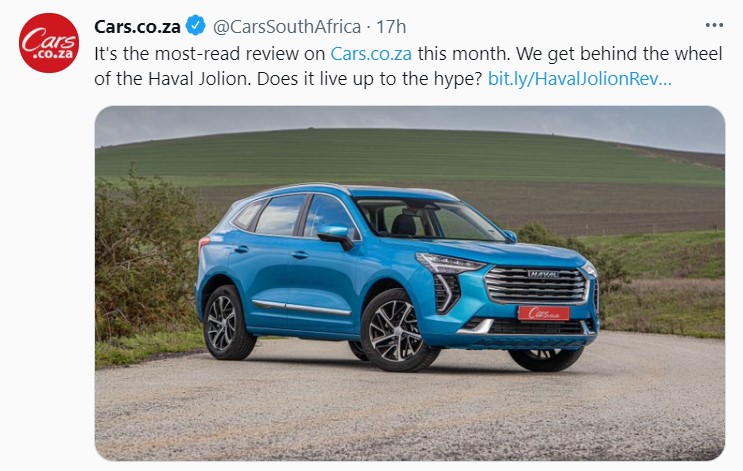 In addition to the speed of product upgrading far exceeding that of competitor's, the ever-increasing strength of its intelligent products is also an important reason for more South African users to favor its products. According to Deloitte’s research report, 78% of South African users are interested in autonomous driving, and more than 60% of South Africans are interested in automotive intelligent technology. After the launch of the new vehicles, its leading intelligent devices has catered for the users' demand, and has gradually enabled them to form a mental cognition of HAVAL Intelligent Technology. In particular, the L2 autopilot function has made Cars, the authoritative media in South Africa, commented that "its intelligent technology has obvious advantages over competitors  of the same level".

In the future, GWM will continue to adhere to the product iteration strategy of "New and Fast " in South Africa, and let more South African users recognize GWM by continuously optimizing product performance and transforming to intelligentization. GWM is expected to enter the top five in the South African market in 2023, ranking first in the SUV industry, facing the competition of Japanese and Korean brands. Its market share would come to the target level of 11%, becoming the first-class automobile brand in the South African market.