Blossom in Many Places and Win the Future! GWM Strives for a New Journey to the World in 2020

Facing 2020, a year full of uncertainties, GWM will win the war in the future with thorough self-reform. Under the guidance of the goal of transforming to a global mobility technology company, GWM's global development has "blossomed in many places", forming a "12+5" global production layout and a "seven countries and ten places" research and development layout.

In 2020, HAVAL sped up its global distribution, further improved its business segments in the Middle East market, officially landed in Kuwaiti market in January, and cooperated with dealers in Qatar, Jordan and other international markets;

Facing 2020, a year full of uncertainties, GWM will win the war in the future with thorough self-reform. Under the guidance of the goal of transforming to a global mobility technology company, GWM's global development has "blossomed in many places", forming a "12+5" global production layout and a "seven countries and ten places" research and development layout. At the same time, the global sales of GWM POER started, which formally entered overseas markets such as Australia, New Zealand, Chile, South Africa, Iraq and Jordan, refreshing the new business card of Chinese pickup trucks; HAVAL sped up its global distribution, further improved its business segments in the Middle East market, officially landed in Kuwait market in January, and cooperated with dealers in Qatar, Jordan and other international markets.

In 2020, GWM realized a steady increase in overseas export sales, created high-quality travel experiences for global users, and continuously enhanced the global value of the brand with high-quality products and high-standard services. 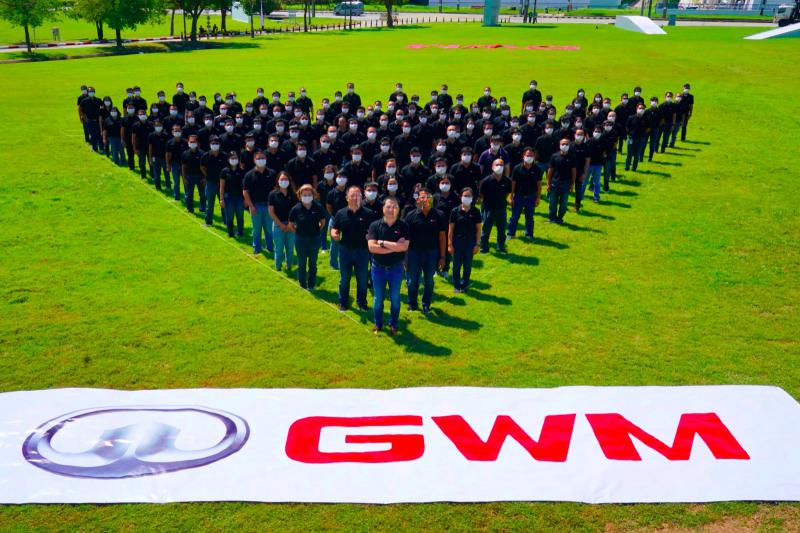 From January to November 2020, GWM sold 961,489 new models worldwide, with an overseas export sales increase by 2.77% year-on-year to 61,563, helping the annual sales volume of GWM pickup trucks to exceed 200,000. The steady increase in overseas sales originates from GWM's opening up of new overseas markets and deep cultivation of existing international markets.

During the global tour in 2020, the global sales of GWM POER Pickup Truck officially started in November, which subverted consumers' traditional perception of pickup trucks, opened up overseas markets such as Australia, New Zealand, Chile, South Africa, Iraq and Jordan, and embarked on a new journey of overseas expansion of Chinese pickup trucks through the construction of new concepts of pickup trucks online and offline. 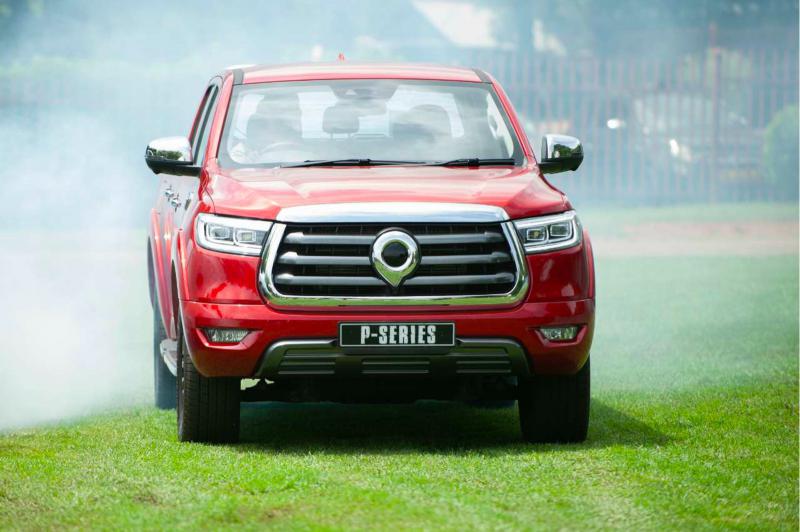 Especially in the Chilean market, GWM POER became hot before sales, with an intended order reaching 235 units, setting a record of customers in China's pickup truck industry, and making a successful debut of the POER pickup truck for sale in South America. GWM POER was snapped up within 22 hours of pre-sale for the local user market, setting the fastest pre-sale record in the history of pickup trucks and featuring on the diamond MT cover. In the Iraqi market, GWM POER made its high-profile debut, pursuing dreams and exploring unknown pioneer images with the new era trend pioneer and boosting the Iraqi pickup truck industry into the era of intelligent riding. 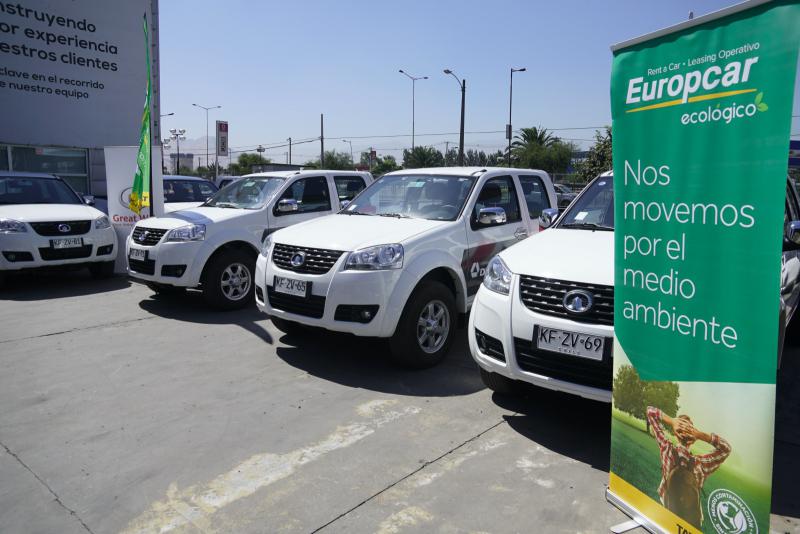 HAVAL officially landed in Kuwait market in 2020 and cooperated with dealers in Qatar, Jordan and other international markets, to further improve GWM's business segment in the Middle East market. With excellent products and good reputation accumulated over the years, HAVAL defended the challenges of the pandemic in Australia, Ukraine, Iraq and other places, overcame many difficulties in production, logistics, delivery, customer sources and other links, and achieved a rise against the trend, fully demonstrating the strength of GWM’s whole system. 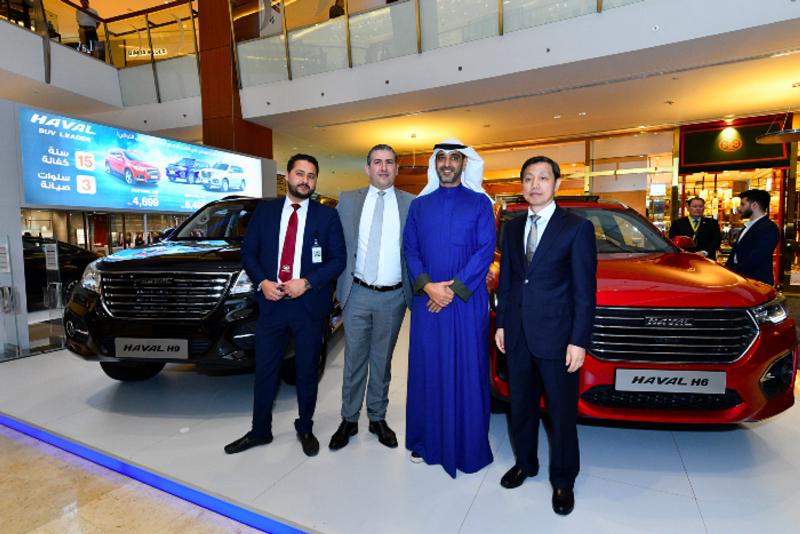 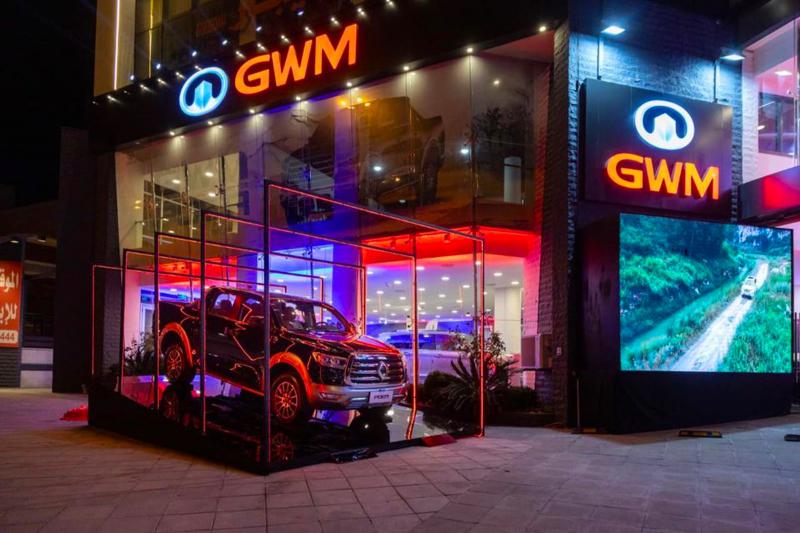 It is worth mentioning that, at the beginning of the year, facing the problem of production and supply being blocked due to the pandemic, GWM overcame difficulties and cooperated with relevant departments in many parts of the country. After the four-place cross-regional coordination in 12 days, GWM ensured the normal production of new cars for export with high efficiency and high quality, and completed the first batch of export orders since the resumption of work of this year as scheduled, thus comprehensively enhancing the global reputation of the enterprise and the global image of the brand, on which CCTV's LIVE NEWS carried out in-depth reports. 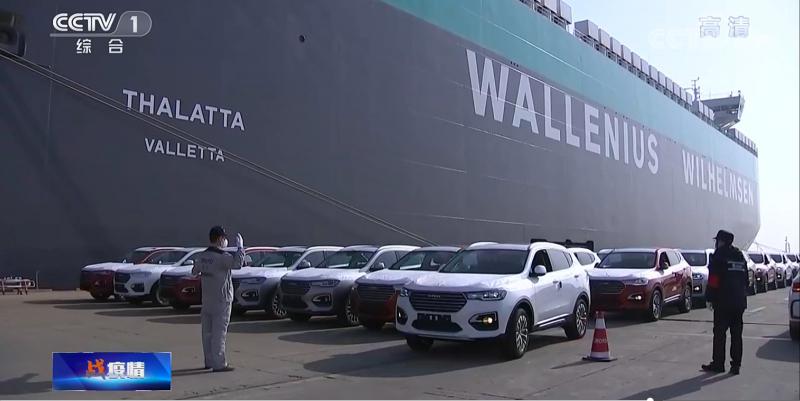 In the process of developing overseas markets, GWM has overcome the difficult problem in face-to-face contract signing under the pandemic situation, and realized "zero-distance contact" across regions and borders by innovative means of "screen-to-screen", "line-to-line" and "cloud contract signing", ensuring the continuous development of overseas market business, and opening up a new way for overseas contract signing mode.

In 2020, GWM has continued to improve the layout of the global automobile industry chain. At the research and development level, Bangalore Research and Development Center in India has started to upgrade. The "seven countries and ten places" global R&D layout, which is composed of overseas R&D centers in Japan, the United States, Germany, India, Austria and South Korea, with Baoding headquarters as the core, covering Europe, Asia, North America and other places, has enabled the enterprise to develop globally. With the support of the global R&D system, it has further enhanced the technological innovation strength of the entire industrial chain and laid a new foundation for GWM to enter the global market. 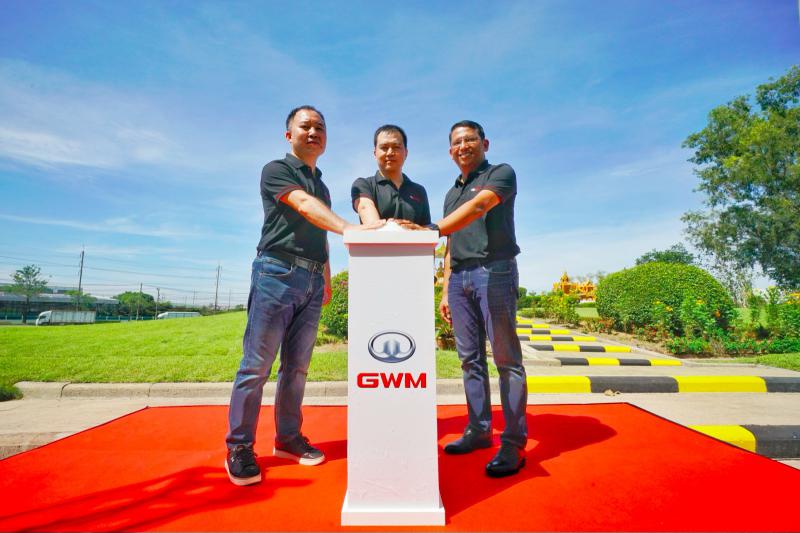 GWM Has Obtained the Ownership of Thailand Rayong Factory

In recent years, due to the large population and the rising economy, South Asia and ASEAN, including India and Thailand, have a broad market prospect and huge potential. The benefit of cost advantage, policy, industrial chain, market development and other dimensions will effectively enhance the competitiveness of GWM in the local market. At the same time, the convenient transportation will help GWM with its high-quality production and efficient export, opening a new chapter of GWM's global development. 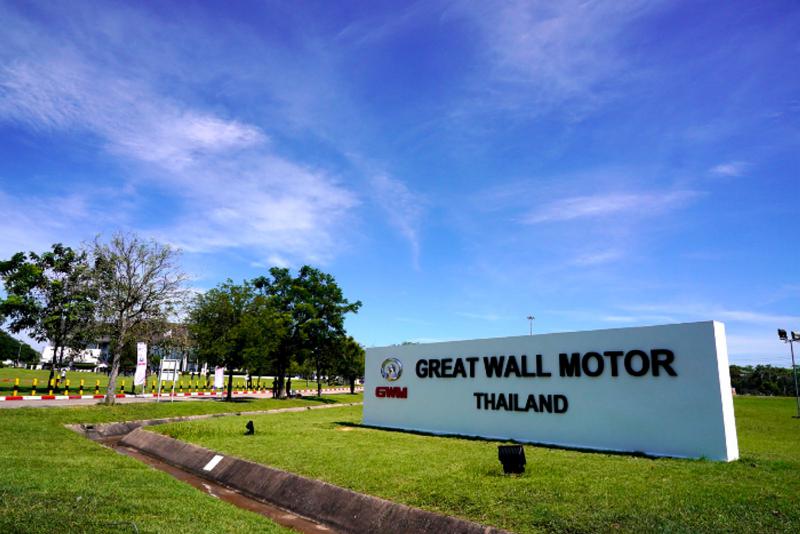 Gain a foothold in China and take the whole world in view. In 2020, GWM signed a contract for the project of Jingmen Auto Production Base in Hubei Province, GWM Taizhou Smart Factory was completed and has gone into operation, and the construction of the Spotlight Automotive Factory jointly invested by GWM and BMW is smoothly pushed ahead, which has started building in the middle of the year and will continue to strengthen GWM's global core competitiveness. 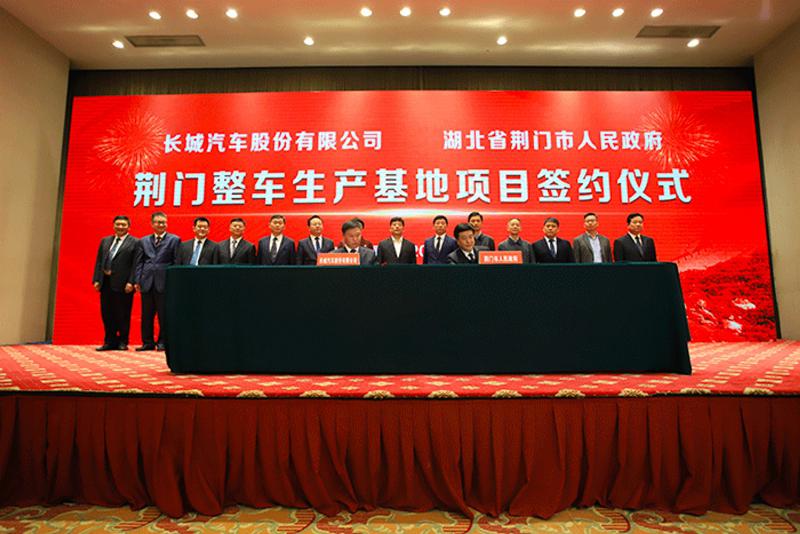 The Signing Ceremony of Hubei Jingmen Auto Production Base Project

At the end of September this year, GWM's Tula factory in Russia and the Ministry of Industry and Trade of the Russian Federation officially signed a Special Investment Contract (hereinafter referred to as SPIC). It indicates that GWM will enjoy the same preferential policies as other foreign-funded automobile companies in Russia and also a fairer and more open marketing environment. According to the agreement, GWM is expected to invest a total of RUB 42.4 billion (RMB 3.7 billion) to build an automobile factory that is able to realize the deep localization of core auto parts including engines, transmissions, electronic control modules, and Auto control systems. 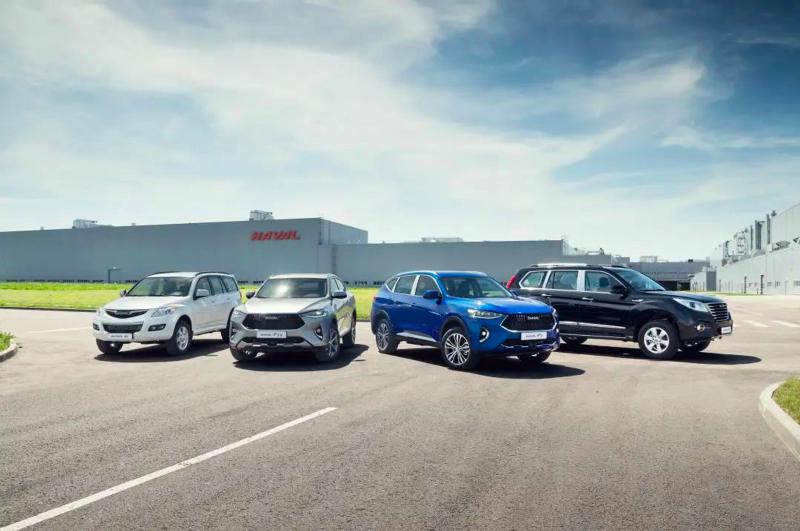 On November 25, GWM held a foundation stone laying ceremony for its engine plant in Tula Plant in Russia. It is scheduled to be completed and put into operation by the end of 2022. In the future, more than 90% of the engines used in Russia-made Autos will be produced here. GWM adheres to its deep localization strategy for auto industry chain and will greatly promote its competitiveness in the Russian market. 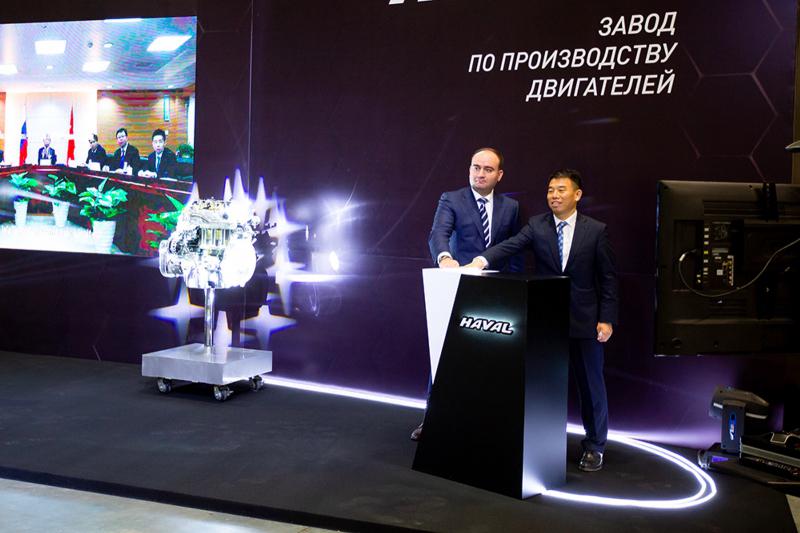 In addition, GWM's Nobo Automotive System Co., Ltd has completed the acquisition of 100% equity of Motus factory in Germany on September 10, which will be used for the production of interior products such as ceilings, armrests and decorative parts. This move will help Nobo Automotive accelerate the formation of global supporting supply capacity and international operating ability, thus boosting the global development of GWM.

In the face of the constantly changing market environment, GWM still made a number of breakthroughs in its global journey in 2020. Behind this, it cannot be divorced from GWM's continuous practice on the transformation road of "global mobility technology company". Thanks to its self-reform in organizational structure, core technology, talent system, business culture and other aspects, GWM is unleashing more vigor and fighting capacity. In 2021, with the continuous promotion of transformation and reform, GWM will compete on the world auto stage with a brighter new look.

On January 17, GWM and GM signed an agreement for the purchase of GM India Talegaon Plant;

On February 5, GWM made its Indian debut at Auto Expo 2020, showing its strong products and technological strength, and announcing its goal for Indian market;

On February 17, GWM and GM signed an agreement for the purchase of GM India Thailand Rayong Factory;

In March, GWM overcame difficulties and completed the first batch of orders after work resumption this year, which was deeply reported by CCTV;

On June 20, Spotlight Automotive Factory started construction and the whole project was smoothly pushed ahead as planned;

On September 25, GWM's Tula factory in Russia and the Ministry of Industry and Trade of the Russian Federation officially signed a Special Investment Contract (hereinafter referred to as SPIC);

On October 19, GWM signed a contract for the project of Jingmen Auto Production Base;

On November 2, GWM obtained the ownership of Thailand Rayong Factory;

On November 16, GWM launched its POER pickup trucks in Australia, the fourth pickup market in the world;

On November 24, GWM Taizhou Smart Factory was completed and put into operation;

On November 25, a foundation stone laying ceremony was held for GWM's Engine Plant in Russia;

In December, GWM POER was launched in Chilean market and opened the pre-sale, setting a record for the biggest customer order in China's pickup industry and the fastest pre-sale record in pickup history;