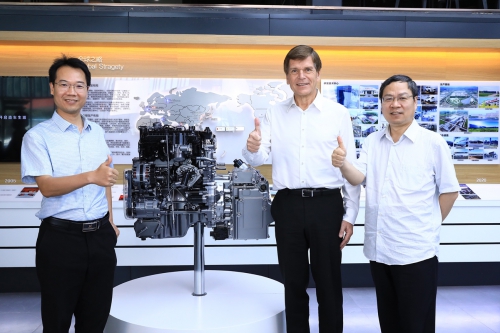 A new GWM powertrain exhibition salon with a topic of "Geek Seminar on Powertrain of Supreme Quality" was held on July 14 at the Great Wall Brand Experience Center. The 4N20 series engine with a thermal efficiency of 38.3% and the world's first transverse 9DCT／9HDCT transmissions are shown on the Salon.

●For the world's first transverse 9DCT/9HDCT, the loading torque is increased by 54%, and the fuel consumption per hundred kilometers is decreased by 7% for 9DCT and 70% for 9HDCT;

●The 4N20 series of engines and 9DCT/9HDCT transmissions will be produced in this year, and will be installed on new models of GWM.

A new GWM powertrain exhibition salon with a topic of "Geek Seminar on Powertrain of Supreme Quality" was held on July 14 at the Great Wall Brand Experience Center. The technology geeks Gerhard Henning, the chief engineer of HYCET Transmission System and Gao Dingwei, the chief engineer of HYCET Engine Research Institute reveal the high-energy technology for the GWM new powertrain on the site. The 4N20 series engine with a thermal efficiency of 38.3% and the world's first transverse 9DCT／9HDCT transmissions are shown on the Salon. They are highly valued by Wang Zhi, vice president of the School of Vehicle and Mobility, Tsinghua University, a judge of the Expert Review Committee for Evaluation of Annual "China Heart" Ten Best Engines, and media veterans in the industry. The 4N20 series engines and 9DCT/9HDCT transmissions will be produced by the end of this year, and will be installed in the new cars of GWM. 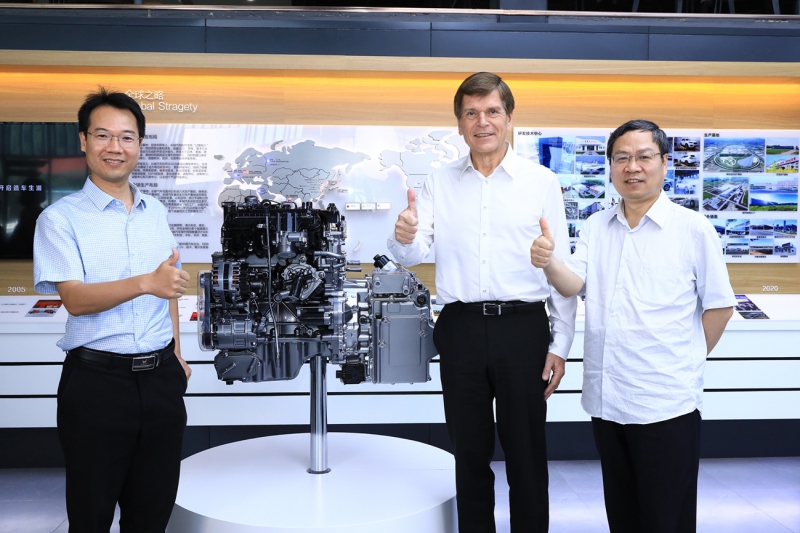 In recent years, Chinese automobile brands have been gradually rising and their technological power has been constantly enhanced.  As a "tech geek" of Chinese brands, GWM advances greatly in the powertrain technology field, and its new powertrain, equipped with 4N20 series engine and 9DCT/9HDCT transmissions are strong enough to lead the China "engine" industry. 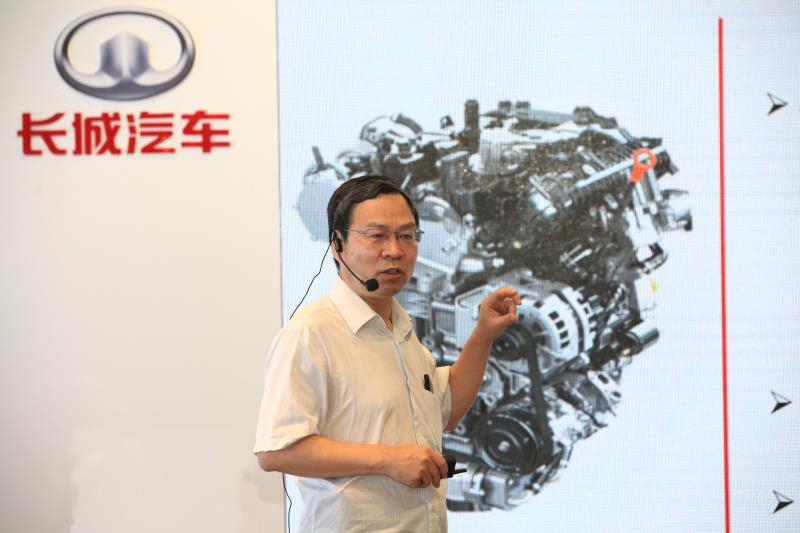 The R&D team has designed the most optimized structure and applied the fittest material to cut the engine weight. Finally, the weight of the whole 4N20 engine is 10% lighter than that of the previous generation engine. Moreover, the 4N20 series engines have excellent performance, with the maximum power of 180kW/(5500-6000) rpm and the maximum torque of 385N•m/(1750-4000) rpm. As to the emission, this series engines can meet the China VI b+RDE and Euro VI d standards. The 4N20 series engine leads other domestic engines in the automobile industry in efficiency, performance, energy-saving and environmental protection, and even flushes with the world's top products.

The 9DCT transmission shown on the Salon is the world's first transverse 9-speed wet dual-clutch transmission. It has adopted many advanced technologies like the integrated electronic pump, highly integrated electronic module and compact synchronizer, improving the transmission performances. For example, an increase of loading torque of 54%, a decrease of axial space of about 5.8 mm, a decrease of the average weight of 2.6%, a carrying space nearly equal to that of 7DCT450 transmission, service life of single gear shifting of 580,000 times.

The technology team has integrated P2 module on the conventional transmission and has developed the 9HDCT, the world's first transverse P2 9-speed hybrid wet dual-clutch transmission. In the fuel consumption test as specified in related national standard, the fuel consumption per hundred kilometers is decreased by 7% for 9DCT and 70% for 9HDCT when they are compared with other mainstream transmissions. 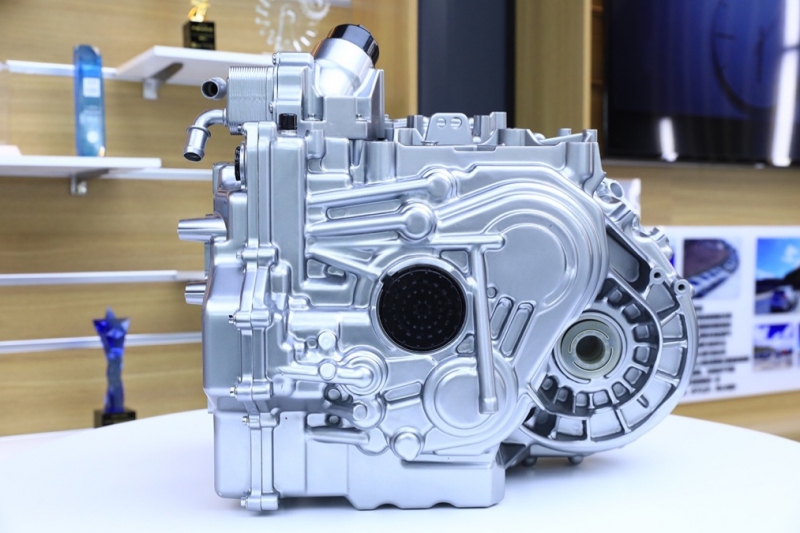 "Currently, the whole world is encouraging to conserve energy and reduce emissions. GWM has made a lot of achievements in powertrain and shortened the upgrading cycle of new technology, being more lightweight, efficient and energy-saving. This is owing to the independent technology R&D power of GWM. GWM is a positive example of Chinese automobile brand technology." Wang Zhi spoke highly of the new GWM powertrain on the site. 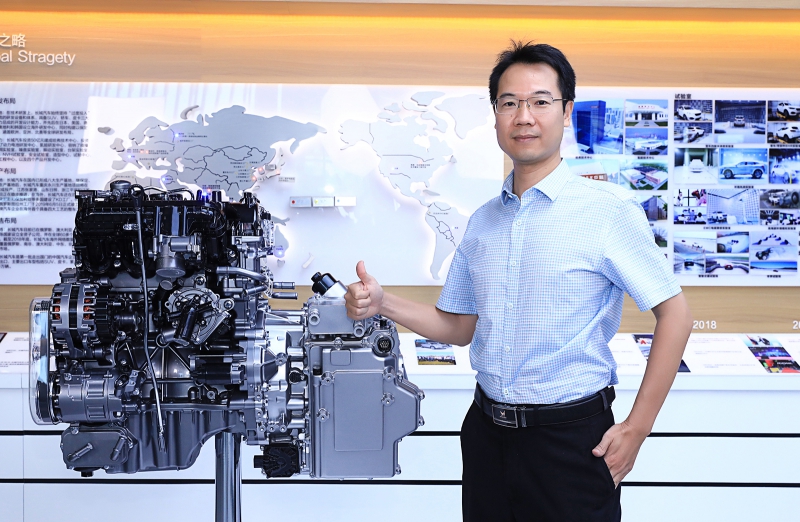 Hardcore quality, mass production in the second half of the year

After the 4N20 engines and 9DCT/9HDCT transmissions are produced in the second half of this year, they will be installed on new models of GWM, which will help the GWM wrest market share. 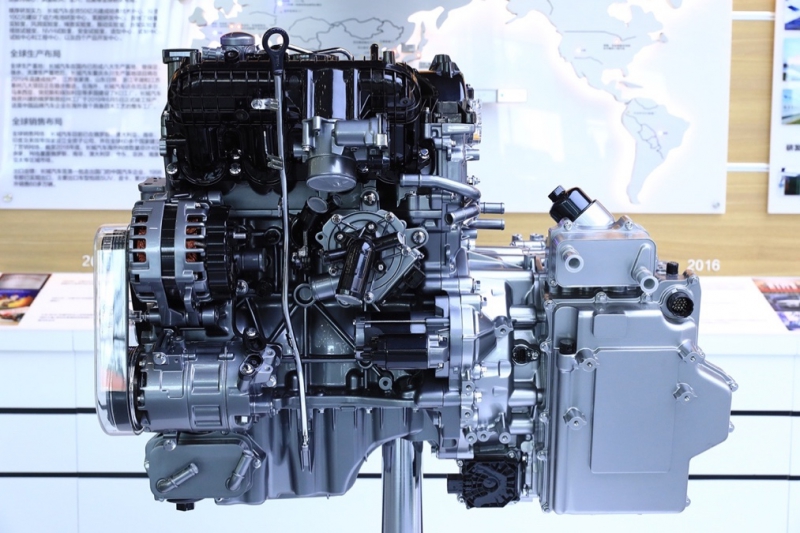 Owing to the persistence of the idea "excessive input in precise R&D" for many years, GWM is making breakthroughs and improvements in the industry layout based on its core technology.  It is worth mentioning that since its mass production in 2017, the GWM 7DCT transmission has reached a yield of about 1.5 million and won the title of "Ten Best Transmissions" for three times, manifesting the GWM technical strength and reliable quality in powertrain field.

GWM always adheres to the design idea of "safety values a lot" and the development objectives of safety, stability and reliability.  GWM has carried out individual verifications over 277 items for more than 200 parts of the 4N20 series engine from its R&D in 2016 to its mass production in 2020, and has checked the whole engine for reliability four times. GWM test requirement is over 50% superior to the test requirement specified in related international standards, and the accumulated duration of the reliability test is up to 5000h.  Moreover, vehicles equipped with 4N20 engines have been tested under challenging conditions of plateau, high temperature, alpine region, high humidity and high corrosion, as well as endurance in the extreme environment. GWM has built a world-class transmission laboratory and a transmission factory with the most advanced and highest level of automation, laying a solid foundation for transmission reliability.

In the second half of this year, GWM will install the 4N20 engines and 9DCT transmissions on its new models, and let global users enjoy the fruits brought by advanced technologies. As a global Chinese automobile brand, the release of new GWM powertrain is not only a strong testimony of GWM technical strength, but also leads the GWM to march the high-end and global market and makes the domestic brands going global. In addition, it represents the rise of the made-in-China engines, the heart of an automobile. It sets up a model for many domestic brands with eyes on the world and achieves technological self-improvement.